JODY A. CORRALES is a Shareholder in the Tucson office.  She focuses her practice on bankruptcy and creditors’ rights, as well as general civil litigation.  Jody has extensive experience in bankruptcy law, including representation of creditors and debtors in all facets of Chapter 7, 11, 12 and 13 bankruptcy cases, including non-dischargeability litigation, valuation disputes, and contested plan confirmation proceedings. She is Board Certified in Consumer Bankruptcy Law by the American Board of Certification, an American Bar Association-accredited program.  She is also certified as a Bankruptcy Specialist by the Arizona Board of Legal Specialization.Jody devotes considerable time to pro bono endeavors, frequently assisting self-represented litigants in bankruptcy court and federal district court.  In 2014, she was awarded the Hon. Eileen W. Hollowell Pro Bono Attorney of the Year Award from the U.S. Bankruptcy Court for the District of Arizona.In 2013, Jody was nominated by two local bankruptcy judges to participate in the prestigious National Conference of Bankruptcy Judges Next Generation Program. She was one of 40 young bankruptcy attorneys nationwide selected to participate in the program. In 2015, she was selected as a Tucson “40 under 40” recipient. Jody has been recognized in the Bankruptcy and Creditor-Debtor Rights Law category of the Rising Stars® list by Super Lawyers® from 2013 through 2021.  In 2020, Jody was selected as a member of the 2020 American Bankruptcy Institute “40 Under 40” initiative.

From 2015 to 2018, Jody served as a Lawyer Representative to the Ninth Circuit Judicial Conference, a role bestowed upon her by the federal judges of the District of Arizona.  She now serves on the Conference Executive Committee of the Ninth Circuit Judicial Conference until her term expires in 2022. In June 2020, Jody was appointed a Subchapter V of Chapter 11 Trustee for the District of Arizona. 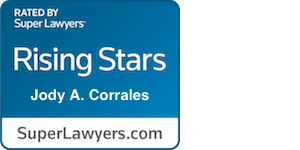