ESTATE PLANNING LAW REPORT: April, 2018 If A Rescue Organization Presents You With An Adoption Contract For A Pet, I Suggest You Read It Carefully

Reading a blog post about pet rescuers, I came across a link to an adoption contract. It’s a contract that is intended for use between a pet rescue organization and individuals adopting pets from the organization. The contract includes this provision (the typos are in the original as I found it):

It is agreed that rescuer shall retain superior title in said animal, limited to and for the express purpose of assuring the animal’s well-being, and only exercise it’s superior claim in the event it appears to rescue that the proper and humane care, as specified in the above adoption provisions, is not being afforded said animal, in which case the animal may be taken through a claim and delivery proceeding.

What is a “claim and delivery proceeding”? I don’t know. I do know that pets are personal property. This contract says that the pet being adopted doesn’t become the property of the adopter. Rather, the contract says that the pet remains the property of the rescue organization, and that the rescue organization can repossess the pet if it appears to them that the pet is not being cared for properly. So it isn’t really an adoption at all, in my opinion.

The contract also says this (again, the mangled syntax in this quote is unaltered from the original):

If the terms and conditions of this contract are not upheld by the adopter, and/or any misrepresentations have been made by the adopter, rescuer reserves the right to terminate this contract and the adopters will agree to allow a representative of rescuer to reclaim the dog without notice or refund. The adopter further agrees to pay liquidated damages, in the amount of fifty (50) dollars per day, for every day that the adopter fails to comply with the agreement terms, or willingly surrender the dog at time the incident has become knowledge to rescuer.

I never thought that adopting a pet would require this kind of contractual analysis.

Revised Uniform Fiduciary Access To Digital Assets Act Is A Good Idea, But Its Reach Is Still Unclear

When I last wrote about it nearly a year and a half ago, 19 states, including Arizona, had enacted the Revised Uniform Fiduciary Access to Digital Assets Act (the RUFADAA).  I pointed out at the time that California had not adopted the RUFADAA, and that unless California adopted that legislation or something like it, its adoption in other states might not do much good.  That’s because California is where many of the companies holding your digital assets (e.g., Google and Facebook) are located.

Another whole aspect of handling digital assets involves platforms such as Github that are designed for individuals and companies to develop and store computer code.  That’s an example of digital assets in the hands of a service provider that may have substantial monetary value (as opposed to things like Facebook accounts which, frankly, I don’t see as having any monetary value).

As of this writing, most states, including California, have adopted a version of the RUFADAA. The Uniform Law Commission’s description of the legislation distinguishes between “digital assets” that are the digital equivalent of tangible personal property (e.g., files) and electronic communications (such as email). The description also says that the legislation “restricts a fiduciary’s access to electronic communications such as email, text messages, and social media accounts unless the user consented in a will, trust, power of attorney, or other record.”  That makes it sound like even with this legislation, it may be difficult to predict how service providers such as Google and Facebook are going to react to fiduciaries’ attempts to retrieve digital assets, and particularly things that can be considered communications, in the service providers’ control.  Is an Instagram page electronic communications, or is it personal property?

If what happens to your online content is important to you, I suggest that you read carefully the terms of service established by your service providers.  The terms of service, in case you don’t pay attention to such things, is the junk that you checked the box saying you read it and agreed to it but probably didn’t actually read.

I will come back to this subject again, but in the meantime you might want to think about which service providers have your digital assets and what you can do to minimize the hassle for whoever is going to have the task of collecting those assets. 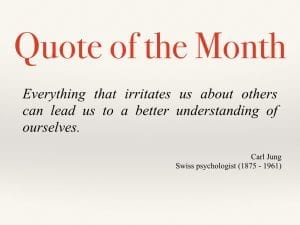