There has been some publicity recently about a piece of Arizona legislation concerning end of life care. The legislation says that a health care provider can’t be discriminated against (fired, demoted, have their wages cut, etc.) because the provider “does not provide [services] for the purpose of causing or assisting in causing the death of any individual, such as by assisted suicide, euthanasia or mercy killing.” The legislation was adopted by the Arizona legislature and signed by the governor earlier this year.

As the newspaper article points out, assisted suicide is not legal in Arizona. That means the legislation doesn’t change the options available to patients or providers. It just says that a doctor, nurse or other health care provider can’t be fired because he or she refuses to provide a service for the purpose of causing death. Since the health care provider is prohibited from doing that anyway, I’m not sure the legislation is going to have much practical effect.

Maybe the opponents of the legislation think that the phrase “does not provide… any health care item or service for the purpose of causing… death” could include an order to withdraw a service, such as life support. I don’t think that’s what “does not provide” means. There is even a statute that says withholding or withdrawing care does not make a patient’s death a suicide.

If you want to read it for yourself, you can find the full text of the legislation on the legislature’s web site, azleg.gov. It’s Senate Bill 1439, adopted in the first regular session of 2017.

This is the first sentence from the abstract for a paper by Åsbjørn Melkevik, the Edmond J. Safra Post-Doctoral Fellow-in-Residence at Harvard University: “Historically, it is safe to say that very few laws did as much to stoke inequality as laws touching descents and hereditary transmissions.”

What exactly does he mean when he refers to “laws touching descents and hereditary transmissions?” Well, he gives us a hint in the last sentence of the abstract: “Hence, inheritance taxation is most likely necessary from a classical liberal point of view as an instrument of social mobility to counter notable problems of social immobility, say hereditary vocational stratification, which a system of private property rights creates.” He also says that “fair equality of opportunity is a necessary feature of market societies to make sure that they remain competitive.”

This is what I think he means: modern law allows you to leave your lifetime accumulation of assets to your children, as opposed to when no one but the King could own anything, so commoners couldn’t leave anything to their children (i.e. before the system of private property rights was created). Therefore, because we now have the system of private property rights, taxing inheritances is necessary so as to promote “fair equality of opportunity.”

That viewpoint overlooks the fact that in today’s free societies founded on private property rights, everyone has the opportunity to become educated and thereby advance their social status, whereas before there were private property rights, no one except the royal family had the opportunity to be educated, which pretty much ruled out social mobility for everyone else (and even if commoners could get educated, they were excluded from the nobility just because they weren’t born in the royal family).

Far from “stok[ing] inequality,” laws permitting “descents and hereditary transmission” were instrumental in eliminating the horrendous inequality between the nobility and everyone else that existed before the creation of private property rights.

I found that abstract through a link on the TaxProf Blog. 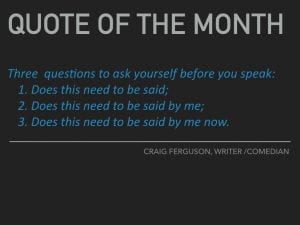