Estate Planning Law Report: May 2014
Writing Down Your Last Instructions is No Fun, But It Can Avoid a Bad Scene

I’m a little wary of getting into this topic, but it is a situation that comes up with enough frequency that it’s worth discussing. I’ll try to discuss it in a sensitive fashion.

What happens when there is a disagreement among family members about how to handle the remains of a deceased person? The question came up in the tragic case of Scott Wilson, who was killed by a drunk driver in Florida in 2010.

The facts of the case seem irrelevant to the legal question I’m going to discuss, but they may shed some light on the emotions behind the facts. Scott Wilson was 23 years old. John Goodman, the drunk driver responsible for Wilson’s death, was apparently a very wealthy individual. Goodman left the scene after colliding with Wilson’s car, then later tried to use some highly questionable legal maneuvers to shield his wealth from the wrongful death claim that Wilson’s family pursued against Goodman.

I’m not going to go into the details any further here, other than to say that those legal maneuvers failed. Wilson’s family received a substantial settlement, and Goodman went to jail. If you want to know more about it, just do an Internet search for Scott Wilson and John Goodman.

As for the facts relevant to the situation I want to discuss, Wilson left no will. His parents were divorced before he died. The parents were appointed co-personal representatives of his estate (this means that the two of them together were responsible for administering his estate). They agreed to have the remains cremated, but couldn’t agree on what to do with the remains after the cremation. 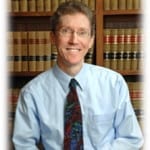 Wilson’s father argued that the remains were property of the estate and said they should be divided equally between him and Wilson’s mother. Wilson’s mother, for religious reasons according to the court’s opinion, objected to dividing the remains. The disagreement ended up being the subject of a trial, then an appeal of the trial judge’s decision.

The Florida Court of Appeal ruled that the remains were not property of the estate. Instead, the Court of Appeal said that the trial judge correctly ordered the co-personal representatives to carry out their duty to dispose of the remains, and ordered that if they didn’t do it, the court would appoint someone else to do it.

That ruling is completely consistent with my understanding of Arizona law. The Arizona law on the subject lists the individuals who have the duty to make burial or other arrangements.

The Arizona law also says that the person who has the duty to dispose of the remains shall comply with the known wishes of the decedent if those wishes are reasonable and do not impose an economic or emotional hardship. How can the decedent make those wishes known? They can be expressed in a will, or in a power of attorney if the power of attorney expressly grants decision making authority as to the remains (this is an exception to the rule that a power of attorney is only effective while the person who signed it is living).

Those aren’t the only ways you can make your wishes known, however. I have for many years suggested that you can write your funeral and burial instructions in a letter to the person nominated as your personal representative in your will.

As the Florida court noted, a dispute over what to do with your remains is not a situation you want for your family. In the case of Scott Wilson it may have been unavoidable. You, however, can avoid it easily by having your lawyer include those instructions in your will. If you don’t want to put the instructions in your will, write them down in a letter to whomever is nominated as your personal representative in your will. You don’t even have to give the letter to that person now. Just tell him or her where it is, or put it with your will. It’s no fun, but by making your wishes known, you can avoid a family dispute at a time when there are other things to think about.

The Treasury Inspector General for Tax Administration (TIGTA) released on May 15 an interesting report about tax reporting for spousal maintenance (alimony) payments. According to the Inspector General’s press release, the report “identifies a $2.3 billion gap between the amount of alimony deductions claimed by taxpayers in 2010 and corresponding income reported.”

Here’s the maddening part, from the highlights of the report: “Apart from examining a small number of tax returns, the IRS general has no processes or procedures to address this substantial compliance gap.” This means that the IRS has no procedures in place to try to find, and collect the tax payable on, billions of dollars of taxable spousal maintenance payments.

Everything passes. Everything changes. Just do
what you think you should do.