ESTATE PLANNING LAW REPORT: August 2019 As With Many Matters of Life and Death, If You Want Someone To Do Something, Give Them Written Instructions

A loyal reader recently told me about a situation in which a deceased family member’s remains were relocated, without the consent of the deceased’s children, long after burial. I have heard of, and dealt with, more than a few disputes involving remains, but I had never heard of a situation quite like the one my reader described.

Other than the laws regulating health care facilities and funeral service providers, there isn’t a lot of Arizona law on the subject of handling of decedents’ remains. There is a statute that spells out who has the duty to make arrangements for the handling of remains. That statute names twelve categories of persons who have that duty, in order of priority. It also gives this guidance on what to do if there is a disagreement about the handling of remains:

If there is more than one member of a category listed in subsection A, paragraph 3, 4, 5, 6, 7, 8 or 9 of this section entitled to serve as the authorizing agent, final arrangements may be made by any member of that category unless that member knows of any objection by another member of the category. If an objection is known, final arrangements shall be made by a majority of the members of the category who are reasonably available.

That rule seems reasonably clear, but as I have discovered, it’s not uncommon to run into circumstances where the application of the rule becomes difficult. The statute tells us who has the duty to see to the burial (surviving spouse is at the top of the list, with adult children and other relatives further down the list), but it doesn’t actually say that the person who has the duty automatically has the right to decide what to do if others object. There’s often no easy way to resolve the impasse if there’s a complication or a dispute.

There is clear direction on what should happen when a person leaves directions for the handling of their remains:

If the person on whom the duty of burial is imposed pursuant to [the section above] is aware of the decedent’s wishes regarding the disposition of his remains, that person shall comply with those wishes if they are reasonable and do not impose an economic or emotional hardship.

Going back to my loyal reader’s situation, where the family member’s remains were moved long after the burial, maybe written instructions are the answer. If the deceased person had left directions that their remains were to be buried in a particular location, moving the remains later would appear to be a violation of the statute requiring that the decedent’s instructions be followed. So there’s another reason why leaving written instructions is a good idea. It will not only help avoid any complications now, but it will also, perhaps, prevent a dispute later.

THE UNSOLICITED PHONE CALLS IN WHICH THE CALLERS CLAIM
THEY ARE FROM THE GOVERNMENT ARE SCAMS, EVERY TIME

Those ever-ingenious telephone scammers are back at it, posing, not as the IRS, but as the Social Security Administration.

Don’t just take my word for it.  Here’s what the Federal Trade Commission (FTC) says about those calls on their consumer information page, at https://www.consumer.ftc.gov/blog/2018/12/what-social-security-scam-sounds:

If you assume that every unsolicited telephone call claiming to be from the government is an attempt to scam you, you will never be wrong. 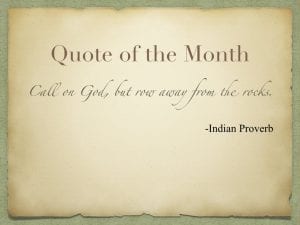