NO ASTROTURF IN THE FRONT YARD, IF YOU PLEASE

Stories of property regulations run amok are getting almost too easy to find. This one involves a partial ban on artificial turf, aka fake grass, in Glendale, California. As reported in the Los Angeles Times on November 16:

Some cities offer rebates for residents who install water-saving artificial lawns in their front yard. But in Glendale, city leaders approved a ban on the faux grass and have begun issuing warnings to violators.

So far, code enforcement officials have issued six notices of violation to residents who, despite a citywide ban approved nearly three months ago, kept their artificial front lawns….

Glendale allows the turf in backyards, away from public view, but the City Council this year decided to continue to ban the fake grass from front yards.

In general, most residents were told the city wouldn’t enforce its ban until the City Council ruled on the matter, which it now has, said Senior Neighborhood Services Supervisor John Brownell. Some violators received notices more than a year ago, but the cases were put on hold.

During the debate at City Hall this year, opponents of artificial turf — already used at some school sites and sports fields — voiced concerns about lead poisoning and other environmental hazards, such as a “heat-island” effect, which occurs when unnatural surfaces get hot. Proponents said artificial turf saves water and can be just as visually appealing as the real thing — minus the maintenance.

Brownell said several violators have been upset when code enforcement officials told them to remove the artificial turf. Some have vowed to keep their yards the way they are, he said, a move that could lead to the case being referred to the city attorney’s office.

Remember when artificial turf was called Astroturf? Mention Astroturf to a young person today and it’s likely he or she won’t know what you are talking about. He or she probably wouldn’t even know what the Astrodome is. Seems almost quaint that it was dubbed the Eighth Wonder of the World. That was back when a domed stadium was unique, of course.

Anyway, if artificial turf is dangerous, then why is it used on so many athletic fields, including fields played on by very highly compensated professional athletes?

Count me suspicious of the motives behind this ban. Just another example (of which there are far too many) of people telling me what I can and cannot do on my property.

Speaking of things you do on turf: 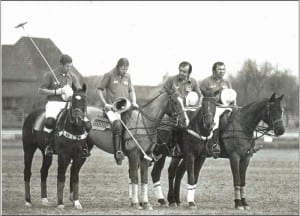 Taken at Columbus Field near Ft. Lowell Rd. and Columbus Blvd. around 1975.

Taken at Columbus Field near Ft. Lowell Rd. and Columbus Blvd. around 1975.

“All that is very well,” answerd Candide, “but let us cultivate our garden.”