In a case decision that will no doubt be of interest to my friends and clients in the cattle industry, the Arizona Supreme Court has just ruled that the Department of Agriculture can’t record a livestock brand that is identical to a previously recorded brand, even if the new brand is to be placed in a different location on the livestock.

I don’t know anything about the factual background of the case. I only know what the Supreme Court’s opinion says. It seems that the relevant facts are pretty simple. The “bar seven” brand had already been recorded in Arizona when the Department of Agriculture allowed someone else to record the same brand. The Department said they could allow the same brand to be recorded because it was placed in a different location on the livestock.

When the Department published the request to record the “new” bar seven brand, the owner of the previously recorded bar seven brand protested. The Department, the Superior Court, and the Court of Appeals all rejected the protest on the theory that the different placement meant that the two brands weren’t the same.

The relevant law says this:

No two brands of the same design or figure shall be adopted or recorded, but the associate director may, in his discretion, reject and refuse to record a brand or mark similar to or conflicting with a previously adopted and recorded brand or mark.

So the Department lost, and had to pay the existing brand owner’s legal fees. That’s because there’s another law that says when a citizen successfully sues a state agency to force the agency to do its job, the state has to pay the citizen’s legal fees.

The end result is that the owner of the bar seven brand had to go all the way to the Arizona Supreme Court to vindicate a principle that seemed pretty clear already: you can’t record a brand that’s the same as a previously recorded brand, no matter where the brand is placed.

The case is Stambaugh v. Killian. The Supreme Court issued its opinion on August 3.

An Old Scam That Keeps Coming Back:
I’ll Trade My Check For Yours (And You Won’t Find Out Until It’s Too Late That Mine Is No Good)

A recent item on the Tucson News Now web site describes another instance of an old, and widespread, scam.

This scam usually depends on the scammer’s check looking genuine enough to fool the victim, but even if the check looks perfectly genuine, that doesn’t mean it’s not fake, or from a closed or nonexistent account or bank, etc. Even something that looks like a cashier’s checks can be fake.

I have said it before: stop for just a moment and ask yourself if what the other person is asking you to do makes sense. If not, don’t do it until you have verified that it’s legit. 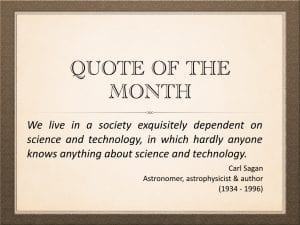