A recent item in the Arizona Daily Star told about plans to install (“build” isn’t really the right term, for reasons that will be clear in a minute) tiny houses in the Vail school district for teachers to live in. I’m staying completely away from the debate about whether or not this is the right dollars-and-cents solution to the teacher-housing situation. I’m interested in it because it’s a situation that provides a great example of the purposes of zoning and building codes, and the extent to which those codes should be used to limit what a property owner may choose to build, or install, on his or her property.

Tiny houses are a trend. I don’t know how many have actually been installed, but there is a lot of talk about tiny houses being the wave of the future in housing. Actually, I think tiny houses are just a particular segment of the trend toward modular housing, or to use a name for it many consider pejorative, prefabricated housing. A modular building is one that is constructed at least partially off-site, then assembled on-site. It’s a way to reduce the cost of construction.

How does this relate to tiny houses? Well, as I understand it, tiny houses are almost completely prefabricated, moved to the site semi-finished, then installed and finished on-site. Prefabricated houses in the past tended to look, well, cheap. That’s why I said many consider that term a pejorative. Modern modular houses, however, can be pretty hard to distinguish from ordinary site-built houses.

With tiny houses, however, it’s probably more obvious that they are prefabricated. I understand some even come with wheels. The materials may make a tiny house look less like a conventionally constructed house. Apparently that doesn’t create a compliance problem, however, since I haven’t heard of any local regulators rejecting tiny houses as not meeting zoning and building code requirements.

So for purposes of this discussion, I’m going to assume that the tiny houses will comply with the zoning and building codes. This means that no matter what the aesthetics, the tiny houses meet minimum standards for a dwelling.

Those technical details haven’t stopped people from arguing that prefabricated houses shouldn’t be allowed, but about the only coherent reason that has been articulated is that they look different from regular houses. OK, I’ll say it, people think they look cheap. Remember, however, that building and zoning codes aren’t meant to control ugly. They’re meant to control functionality and use.

If the codes were meant to control aesthetics, they would necessarily be either very vague or hypertechnical. It’s pretty hard to write a code that prohibits ugly buildings, but allows attractive ones. What you’re likely to end up with if you try is that the people who enforce the code will decide what is attractive and what is ugly. If aesthetics are the goal, it would make more sense to forget about a code and just have a building official with good taste who decides whether or not you get to build what you want to build based on the building official’s evaluation of your proposed building’s attractiveness.

One problem with that approach is that if buildings were permitted based solely on someone’s subjective evaluation of a proposed building’s aesthetic qualities, a lot of buildings that are now considered landmarks would never have been built, such as the modern addition to the Louvre, the Pompidou Centre, and the Transamerica pyramid. The larger problem, of course, is if that was how things worked, you would never know for sure that you would be allowed to build what you want unless you made sure it wasn’t too different from all the buildings that already exist in the neighborhood.

Isn’t that one of the criticisms of the way newer neighborhoods look, that they are too homogeneous? If you try to prohibit ugly, what you are going to get is everything looking the same.

I also find it interesting that the concerns about suitability of a building are always raised not by the users, but by the neighbors. If someone is willing to spend good money to build a house out of nontraditional, but functional, materials, and live in it themselves, or rent it to someone who is willing to pay good money to live in it, then isn’t that an indication that the owner or tenant thinks the materials are appropriate?

The same principle applies to any innovation. One example of this that occurs to me is the artichoke. Who first decided that artichokes were not only edible, but would be worthwhile to cultivate? Whoever made that decision was a visionary, obviously. No doubt other people thought artichokes were too unorthodox, inappropriate for human consumption, and just plain ugly. If the opinions of the naysayers controlled the decisions, lots of innovations would never have happened.

Building and zoning codes are for maintaining standards of functionality and compatibility of uses. If you want to live in a neighborhood where conformity of appearance is the goal, you are free to enter into an agreement with your neighbors that controls how everyone’s house will look. Those agreements are called covenants, conditions and restrictions (CC&Rs), and the organizations that enforce them are called neighborhood associations.

In my opinion, tolerating nonconformity is the price we pay for innovation, and for the freedom to make our own choices. I will tolerate what I might consider an ugly house on my neighbor’s lot in exchange for being able to have my house look the way I want it to look, without having to please my neighbor.

I’m all for having building and zoning codes to make sure that buildings are safe and that their uses are compatible with the surrounding properties. That’s why they exist. Looks don’t matter. 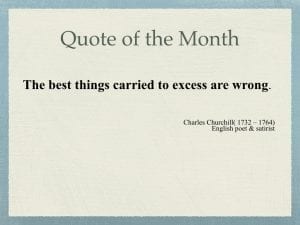