REAL ESTATE LAW UPDATE: March 2016A Large Portion Of Tucson Is Officially Designated “Territory In The Vicinity Of A Military Airport”

I admit up front that I know almost nothing about the substantive law behind a lawsuit filed recently against the Air Force in federal court in Tucson. The lawsuit is founded on the claim that airport noise can detract from children’s mental development and education, and therefore the environmental review that was done in conjunction with a plan for more “visiting” aircraft to use Davis-Monthan Air Force Base was inadequate. For all I know, the claim may technically have some merit.

It probably won’t come as a surprise to anyone who has been in Tucson for any length of time that there is a major military airport, Davis- Monthan, in the area. You may not have been aware, however, unless you have purchased real estate in the area in the last several years, that under Arizona law, most of the central and the southeastern portions of greater Tucson have been officially designated “territory in the vicinity of a military airport.” Why? Because of an effort to ensure the long-term viability of the major military  airports in Arizona. As part of that effort, state and federal officials have worked to both increase awareness of the contributions of those airports to the state’s economy, and decrease the potential for future impairment of the airports’ operations due to encroaching urban expansion.

The idea that public opposition would jeopardize Davis-Monthan’s continued operation may seem rather absurd to those of us who have lived and worked in central Tucson for long periods of time. I have lived and/or worked near the flight path from Davis-Monthan most of my life and actually find the presence of the aircraft comforting. Even if one finds the aircraft annoying, however, it seems unlikely that anyone would be in Tucson long enough to buy property and not notice the planes both large and small, the occasional helicopter, and even Air Force One on occasion.

It also seems unlikely, except for neighborhoods that are very close to the end of the Base’s runway, that the presence of the aircraft has any significant effect on property values. A case could certainly be made that if Davis-Monthan were to be closed, the negative impact on the local economy would diminish property values much more than they are diminished by the aircraft flying overhead.

The designation of “territory in the vicinity of a military airport” is part of a statutory framework, first put in place by the Arizona Legislature in 1997, that includes various measures to make buyers of real estate in the affected areas aware of the presence of Davis-Monthan and the other military airports. The law now requires that the Arizona Real Estate Commissioner record in the office of the County Recorder a  document applicable to property in the designated areas. The document contains the following disclosure: “This property is located within territory in the vicinity of a military airport and may be subject to increased noise and accident potential.”

The result of that law is that every title report on property within the “territory” will show that a document has been recorded stating that the property is “in the vicinity of a military airport and may be subject to increased noise and accident potential.” The “territory” for Davis-Monthan is shown on a map that’s posted on the Arizona Department of Real Estate web site. It includes not only virtually all of the established central Tucson neighborhoods, but a large portion of the southeast side as well.

It is possible that this disclosure may alarm some potential buyers (assuming that property buyers actually read their preliminary title report). It might even motivate some buyers contemplating properties both within and outside the “territory” to choose to buy property that is outside the “territory.” The Legislature has apparently made a determination that the value of the military airports to all residents outweighs the possible negative impact that the continued presence of those airports and the mandated disclosure that their presence may result in “increased noise and accident potential” will have on those within the “territory.”

The extent to which the “increased noise and accident potential” actually affects the desirability of property in the “vicinity” of Davis-Monthan is, of course, highly subjective. There is undoubtedly more noise near the end of the runway, but is there really a significantly “increased accident potential”? The number of military aircraft crashes in Tucson in my memory is a grand total of two. Both of those crashes occurred in the flight path northwest of Davis-Monthan. Statistically that fact means that the rate of military aircraft crashes is higher in that area (twice in 50+ years) than elsewhere (presumably, zero), but is it significant enough to affect desirability of property in that area? There is also the inescapable fact that if a potential buyer is attracted by the unique characteristics of central Tucson, there simply aren’t any comparable properties that are not in the “vicinity” of Davis-Monthan.

According to an item published on January 26 in the online edition of the Air Force Times, the proponents of the recent lawsuit against the Air Force deny that they are trying to immediately halt operations at  Davis-Monthan. They say that they’re just trying to make the Air Force re-do the environmental analysis that was prepared for a program that will temporarily increase the number of flights at the Base.

Anyone who moved to the area in 1997 or later can’t say they weren’t warned that they were acquiring property in the vicinity of a military airport, since by then the state notification law and the designation of the “territory” was in effect. And, even without the official notification, I think it would be pretty hard to be in the neighborhoods where the plaintiffs live long enough to buy a house without noticing the airplanes flying overhead.

I can’t help wondering if the proponents of the lawsuit have met any of the many pillars of society produced by Robison Elementary School and Mansfeld Junior High School (not to mention Tucson High), which are located directly under the Base’s flight path. The proponents of the lawsuit apparently think the development of those individuals must have been impaired as a result of having grown up with the planes flying overhead. I beg to differ, as would, I am certain, every one of my classmates. 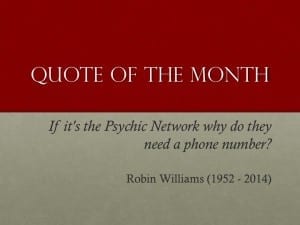