I suspect that in my grandparents’ day, no homeowner would have thought that he or she could control what color the neighbors could or couldn’t paint their houses. Boy, have things changed. Now, it’s news when someone paints their house an obnoxious color and dares the neighbors to do something about it.

Three news items I have seen recently really illustrate the point. In one, a homeowner painted his house in a color called “gold zinger.” I haven’t seen any photos of the house (or chips of the paint), so I can’t tell you what “gold zinger” looks like. I can tell you that at least some of this homeowner’s neighbors didn’t like “gold zinger,” so they complained to an agency known as the Historical Areas Board of Review. The members of the board apparently didn’t like “gold zinger” either. More importantly, the homeowner was required to get the board’s approval of the color before painting his house. This meant that the board apparently had the authority (although one report indicated that there was some uncertainty about this) to tell the homeowner that “gold zinger” had to go. The outcome is that the homeowner is going to repaint the house in a color called “semolina,” which I haven’t seen either but was described as a “creamier yellow.” I guess “semolina” is less zingy than “gold zinger.”

In the second news item, a homeowner painted his house a loud color. A very loud color. I have seen photos of this one. It’s the color of Pepto-Bismol, only brighter. This homeowner’s neighbors have complained too, apparently. This time, however, the homeowner is winning the argument, and gloating about it. What’s the difference between the Pepto-Bismol colored house and the house painted in “gold zinger”? The Pepto-Bismol-colored house is in a neighborhood that isn’t subject to any rules. Like in my grandparents’ day, there’s no historical board, no homeowners’ association, nothing like that. The neighbors can complain all they want, but there doesn’t appear to be any authority that can be brought to bear to force the homeowner to paint his house a less jarring color. He says it’s his favorite color and he’s not going to change it.

Can’t the city do something about it, you ask? Not unless the city has a provision in its zoning or building code that governs such things, which would be pretty unusual. I know there are some cities (Florence, Italy is one, I have heard) where the outward appearance of all buildings, whether new or renovated, is controlled to preserve a particular architectural aesthetic. In a historic city like Florence, that makes sense. That’s just the historical board on a citywide basis.

That brings me to the third news item.  This time the house that is attracting attention is an old house built of yellow brick.  Inexplicably, and perhaps mistakenly according to the news account, the unpainted yellow brick facade was recently painted black. The city building inspector notified the owner that because the house is in a “design district,” it couldn’t be painted without the approval of the city’s design commission.  The owner is now reportedly trying to remove the black paint without damaging the brick, much to the dismay of everyone.

The design district in that story sounds like a larger-scale, and government-administered, version of the design review process that exists in many private residential enclaves.  Rather than being tied to a historic architectural aesthetic, however, in those enclaves the goal is purely aesthetic, with the objective being to keep out anything that looks too different.

Does that kind of aesthetic control on a large scale make sense in a suburban municipality in the United States? Not, in my opinion, it doesn’t. But here’s the beauty of the free market. If you want to live in a community where there are rules abut what color your neighbors can paint their houses, and there is a governing body to enforce those rules, you can choose such a community. There are lots of them. Those communities are called planned communities. The rules in those communities are called covenants, conditions, and restrictions (CC&Rs). And the governing body that enforces those rules is called the homeowners’ association (or perhaps the architectural review committee of the homeowners’ association). 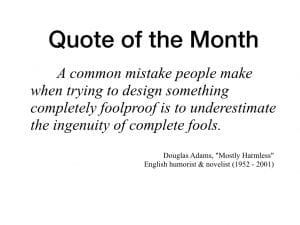