A story combining two of my favorite subjects, tax and land use law, doesn’t come up very often, so I’m not going to pass it up when one comes along.  In Los Angeles County, local water districts were offering “rebates” to homeowners who replace turf with low-water-use landscaping. I say “were” because apparently the funding for the rebates has run out.

What’s the tax angle? Homeowners taking advantage of the program, which the water districts call the “Cash for Grass Rebate Program,” have discovered, to their dismay, that the “rebates” are considered income to the recipient, and are therefore subject to federal income tax.

The water districts are calling the payments rebates, but I don’t think they are rebates at all.  I didn’t look up the definition of the term, but I think of a rebate as the “cash back” that you get offered on various purchases.  In other words, it’s essentially a discount on the price of a purchase.

A quick look at my Federal Tax Handbook confirmed that rebates to retail customers of part of the purchase price of an item are excluded from gross income. The rebate is considered an adjustment to the price of acquiring the item.  The payments from the water districts, by comparison, are direct compensation, not discounts on purchases, so I’m not surprised they’re taxable.

A news item in the October 13 Los Angeles Times tells about a homeowner who figured that removing the turf in her front yard would save about $40 per month on her water bill, but was looking at spending several thousand dollars to replace the turf with other landscaping.  She was persuaded to do it when she learned that her rebate would be over $4000. That was before she realized that federal income tax would take a substantial bite out of the rebate.

Now, according to the Times story, she’s having second thoughts. The rebate obviously had the intended incentive effect, in that it persuaded the homeowner to remove the turf in her yard.  Without that incentive, not many people would spend several thousand dollars on re-landscaping to save only $40 per month on their water bill.  Even if you water the lawn year-round (which maybe they do in southern California), it’s going to take a long time for that water bill reduction to pay for the re-landscaping.

But with the tax bite, the rebate turned out to be much less of an incentive than it looked like at first.  I can’t help wondering about the economics of the whole idea anyway, but I suppose since the homeowner will save on maintenance as well as water, it might make economic sense, if they’re planning on staying there for the long term.

A 702 PLAN IS JUST LIFE INSURANCE, NOT SOME GREAT NEW  RETIREMENT SAVINGS PLAN

After just a little looking into it, I concluded that there really is no such thing as a 702 plan.  The “702” in 702 plan is apparently a reference to section 7702 of the Internal Revenue Code. That code section defines life insurance contracts.

It appears to me that whoever is promoting 702 plans is really just selling cash value life insurance.  I’m not the only one who has reached this conclusion. When I did a little looking, I found several articles that agree with me.

The few websites touting 702 plans don’t deny that they’re selling life insurance. They just don’t tell you what, exactly, they are selling.

I should warn you, by the way, that if you look at those web sites, you will be seeing their advertisements for weeks afterward.

I’m not commenting on the merits or demerits of life insurance. I’m just telling you that a 702 plan is life insurance, not a savings vehicle designed for retirement savings like a 401(k) or an IRA. 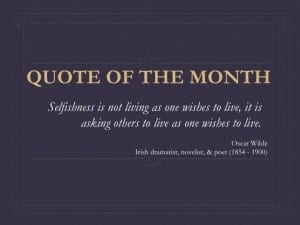