REAL ESTATE LAW UPDATE: November, 2018Is The Way Houses Are Bought And SoldGoing To Change?

An article that appeared recently in the Arizona Republic newspaper reminded me that it is time for an update on a subject that I wrote about a few months ago. The newspaper article was about a residential real estate brokerage operating on what has been loosely described as a “peer-to-peer” platform. If you don’t know what “peer-to-peer” means in this context, it is the concept, which was pioneered by eBay as far as I know, of facilitating transactions between private parties without an intermediary. Airbnb, Uber and Lyft, and Lending Club are all later variations on that theme. “Peer-to-Peer” is actually a type of computer network architecture, but the term has apparently been co-opted to describe these new types of services.

Anyway, you may recall that a few months ago in this space I mused about the possibility that the traditional paradigm of residential real estate transactions may be changing. Specifically, I speculated that there could be a move away from the Realtors, Multiple Listing Service, six percent commission model for facilitating house sales and purchases that has been pretty much the only game in town for as long as I have been involved in real estate transactions.

I do recall that many years ago, there was a brokerage that marketed a lower-cost, lower-service model under the “FSBO” label. “FSBO” stands for, of course, for sale by owner. As I remember it, the way that model worked was that the broker offered only the documentation services needed to sell or buy a house, but didn’t help with the negotiations. Essentially, the broker would provide a form contract and get it completed and signed, but didn’t provide any other services. The attraction was that they offered a lower (I think it was a flat) commission rate. That model probably worked well for some people, but not enough, I guess, because I don’t think it lasted.

I haven’t investigated the new “peer-to-peer,” internet-based brokerage, but I anticipate that it’s pretty much the same idea as FSBO. The brokerage connects the buyer and the seller and provides a contract. They don’t show the property (or maybe they show it virtually on their web site), negotiate on behalf of the parties, or do any of the other things that a real estate salesperson might do to facilitate the sale or purchase of a residence.

Will “peer-to-peer” work for residential real estate? It has certainly worked in other markets. eBay is obviously well established. The other services I mentioned above certainly seem to be prospering, to the point that the hospitality and taxi industries appear to be trying hard to prevent further erosion of their market dominance. Given those trends, I certainly wouldn’t bet against similar services getting a substantial foothold in the residential real estate market. It is true that real estate sales and purchases are generally more complex and may not lend themselves to the technology-based intermediary approach as well as taxi rides and room rentals, but who knows how far these types of services can go? I’m sure many people thought Uber and Lyft would never work, but now it looks like they are here to stay.

You may have heard about the limit placed on the deductibility of state and local taxes by the Tax Cuts and Jobs Act. I have written about it a few times on my law blog.

The IRS has now responded to the changes made in some states by proposing regulations that will limit or disallow entirely deductions for payments for which the taxpayer receives a state or local tax credit.

Of course, the proposed regulations will affect more than just the deductibility of state and local tax payments. Those regulations are also going to affect state tax credit donations to actual charities. In other words, it will mean that my donation to the local food bank, for which I get a credit against the tax on my Arizona income tax return, won’t be a deductible donation on my federal tax return anymore.

Thanks a lot, high tax states (they’re the ones who were so insistent on preserving federal deductibility for the high taxes their residents pay). 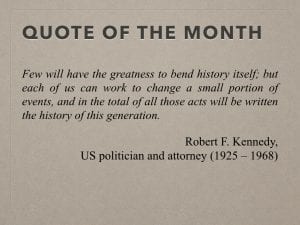