The IRS announced in its first news release of the year that it will begin accepting 2016 individual income tax returns via electronic filing, and will start processing paper returns, on January 23, 2017. The same announcement says that the deadline for filing 2016 returns is April 18, 2017.

Yes, the filing deadline is April 18, not April 15, again this year, as the result of two events: (1) April 15 is on a Saturday, and (2) Emancipation Day, a holiday that is observed in only a few states and, more importantly for this purpose, in the District of Columbia, will be observed this year on Monday, April 17. That pushes tax day all the way back to April 18, 2017. That means you get three whole days extra to file your return.

For you early birds, the IRS announcement also says that if you are e-filing, you can submit your return to your e-filer before e-filing begins on January 23. The e-filer will just hold it and submit it to the IRS when e-filing begins.

The IRS news release proclaims that “[c]hoosing e-file and direct deposit for refunds remains the fastest and safest way to file an accurate income tax return and receive a refund.” That may be true, but the advent of e-filing and direct deposit for refunds, coupled with the expansion of refundable tax credits (credits that qualify the filer for a refund even if the filer doesn’t owe any tax) has created a veritable cottage industry of filing tax returns using stolen identities to obtain fraudulent refunds.

In an effort to combat this enormous and ongoing problem, which the IRS has dubbed “identity theft tax refund fraud,” the IRS says it is continuing to work with state tax officials, tax preparation software vendors, and tax preparation firms to find ways to stop identity theft in tax return filing. This initiative, which the IRS calls the Security Summit, is credited with making “significant inroads” against fraudulent returns in 2016. That’s good, but the problem is so huge, they still have a long way to go.

The IRS news release announcing the dates for filing 2016 returns is IR-2017-01. If you read it on the IRS website at irs.gov, you will see a link to additional information about the Security Summit initiative.

Tax returns filed with stolen identities apparently remain a much larger problem than frivolous returns filed with the intent to evade paying income tax, but you still shouldn’t believe anyone who says they have figured out a scheme for you to legally avoid paying income tax. The IRS has published, and periodically updates, a guide that describes the most commonly used schemes by which people claim they don’t have to pay income tax (or file a tax return). The guide is titled “The Truth About Frivolous Tax Arguments” and is posted on the IRS website (irs.gov) in the “tax professionals” section, under “news and resources.”

Most of the schemes described in that guide are, if you think about it for a few minutes, founded on premises that are pretty obviously false. A couple of the schemes, however, are relatively more plausible (I say relatively more plausible because a bit of background information is necessary to expose their false premises, as compared with the obviously bogus schemes):

The guide also spells out in some detail the penalties for not filing a return, or not paying income tax, in reliance on one of these frivolous arguments. If you are in doubt about whether the government is serious about this, check with Wesley Snipes. 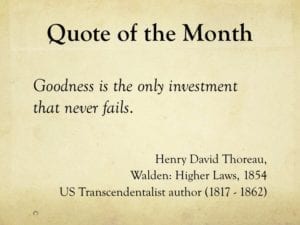