I have previously presented the following question to you, my loyal readers: should the income earned on savings be exempt from income tax regardless of the purpose of the savings? I think so, and I’m not alone, but the idea doesn’t seem to have gained much traction, yet.

Under the federal tax code, there are three common types of savings accounts in which the earnings are exempt from income tax if used for specified purposes: retirement accounts (Roth IRAs), health savings accounts (HSAs), and education savings accounts (Coverdell ESAs and qualified tuition or 529 plans). Each type of tax-advantaged savings vehicle has developed more or less separately with their own, sometimes very complex, rules.

Are there financial objectives other than retirement, medical expenses, and education that merit a tax advantage? What about saving for a down payment on a first house, or long term care expenses for elderly family members?

And if Americans aren’t saving enough in general, as we are repeatedly told, then why shouldn’t there be savings vehicles in which the income earned on the savings is not taxed, regardless of the ultimate use of the savings?

When I’ve addressed those questions previously, I pointed out that I wasn’t talking about some new, outrageous idea, or something I thought up myself. Such savings vehicles already exist in Canada (called tax-free savings accounts, or TFSAs) and Britain (individual savings accounts or ISAs).

Senator Jeff Flake of Arizona and Congressman Dave Brat of Virginia have introduced legislation that would create universal savings accounts (USAs) for American taxpayers. The proposal isn’t perfect, because it’s only a limited version of my suggestion that savings account earnings should be completely exempt from income tax. Contributions would be limited to $5,500 per year, and could be invested in bonds and equities, which would make USAs similar to Coverdell ESAs and Roth IRAs.

The proposed legislation would create another kind of limited tax-exempt savings vehicle in addition to the ones that already exist, so it wouldn’t do anything for tax simplification. It would, however, encourage saving. Congress has in the past taken small steps toward expanding the range of financial objectives that qualify for tax-advantaged savings, by adding new purposes for which money in education savings accounts and Roth IRAs may be withdrawn tax free. For example, some expenses incurred in buying your first home can qualify for tax free withdrawals from your Roth IRA. Withdrawals from a Coverdell ESA or a 529 plan for technology purchases can likewise qualify for tax-free treatment.

If tax-free savings accounts must be limited, it would be beneficial if Congress would standardize the rules for the different types of such accounts, instead of having separate, very complex, rules for each type. That would at least make the tax treatment of savings a little simpler. Instead, the addition of USAs, while being a step in the right direction, would make tax advantaged saving even more complex by creating yet another type of account with its own rules.

When you file an income tax return, always remember this: don’t use any frivolous arguments to claim that you don’t have to pay income tax.

And keep in mind that just because your frivolous argument hasn’t yet been called out as such by a court or the IRS, that doesn’t mean it’s not frivolous. The IRS has a section on its web site that’s titled “The Truth About Frivolous Tax Arguments.” The first page of that section contains this disclaimer:

That’s one of my all-time favorite disclaimers. It appears on the web page at this URL:

Read the material collected there before you buy into any so-called tax consultant’s advice on how to legally avoid paying income tax, like Wesley Snipes did. 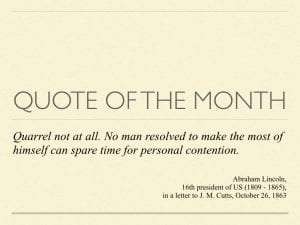