Tax Law Special Report: November 2017 All The Hullaballoo Over The Home Mortgage Interest Deduction Comes Down To Changing One Amount

I usually don’t bother writing about, or even spend too much time thinking about, proposed tax legislation. I figure I can’t do anything about it except to try to understand it after it is enacted. I’m going to make an exception for the proposed change to the dollar limit on the home mortgage interest deduction because the proposed change is somewhat controversial but perhaps misunderstood.

If you aren’t completely tuning out the news, you have probably heard all the shouting about the proposed change to the federal tax code that would lower the ceiling on the home mortgage interest deduction. It’s important to note that the ceiling doesn’t mean that if you take out a home mortgage that’s above the limit, you get no deduction. You could get that impression from much of the discussion on this subject, because much of the discussion is so loose, or poorly thought out.

The limit on deductibility of home mortgage interest is a ceiling, meaning that you get to deduct the interest on your mortgage only up to the ceiling. If the amount of your mortgage exceeds that ceiling (which is currently $1 million), you don’t get a deduction as to interest on the amount of the mortgage that exceeds the ceiling. The IRS refers to it as the home acquisition debt limit. Here’s what IRS Publication 936 says about the home acquisition debt limit:

The total amount you (or your spouse if married filing a joint return) can treat as home acquisition debt at any time on your main home and second home cannot be more than $1 million ($500,000 if married filing separately).

The change that has been proposed is simply this: change the $1 million amount in that sentence (for individuals and married couples filing jointly) to $500,000, and the other amount (for married filing separately) to $250,000. The change would not take away the home mortgage interest deduction if the amount you borrowed on your home mortgage is more than $500,000. It would just lower the ceiling for the deduction.

Another proposed change would eliminate the deduction for mortgage interest on a second home purchased after the change takes effect, but that’s another discussion for another day.

Maybe it’s just my (mis)perception, but a lot of the discussion sure seems to make it sound like the proposed change would cause the home mortgage interest deduction to just disappear if the amount borrowed is more than $500,000. That’s plainly not the case (and wouldn’t make much sense, if you think about it).

I’m not going to get into whether the proposed reduction of the ceiling for deductibility of mortgage interest is good or bad as a matter of tax policy. I will say that it’s not really “reform,” in that it’s not a change to the structure of the tax code. It’s just a change to one dollar amount.

If you want to read more about the home mortgage interest deduction in its current form, take a look at IRS Publication 936. You’ll find a link to it, and links to other information on the subject, on the IRS web site at:

In a recent case decision by the U.S. Supreme Court on whether an Asian American dance band, The Slants, could trademark their name, the justices unanimously ruled that under the First Amendment, the government can’t ban offensive speech. The concept is that the First Amendment prohibits restricting speech based on the viewpoint expressed. This statement by Justice Kennedy expresses the idea very clearly:

A law that can be directed against speech found offensive to some portion of the public can be turned against minority and dissenting views to the detriment of all. The First Amendment does not entrust that power to the government’s benevolence. Instead, our reliance must be on the substantial safeguards of free and open discussion in a democratic society.

My take on it? The logic is pretty easy to see. If the First Amendment means that the National Socialist Party of America had a right to have a parade and hand out leaflets in Skokie, Illinois, in 1977 (the Supreme Court decided that in the case of National Socialist Party of America v. Village of Skokie), then the First Amendment must also mean that the government can’t prohibit a racially offensive phrase as a trademark. Allowing the government to prohibit either one would be allowing the government to restrict speech based on its content.

The trademark case is Matal v. Tam. The Court’s decision was released on June 19. 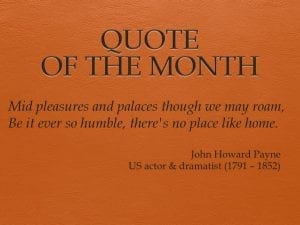