This is the silly season, when the newspaper has stories almost every day about the latest bill introduced in the Arizona legislature, presenting someone’s brilliant idea for solving this or that monumental societal problem. I don’t worry about it too much because most of them never become law anyway.

Once in a while, however, a bill that actually does something useful and practical gets adopted and I don’t find out about it until much later. The latest such occurrence is the adoption last year of a bill authorizing the creation of the Beneficiary Designation For Vehicle Title Transfer Upon Death. It’s Arizona Department of Transportation, Motor Vehicle Division Form 96-0561, and it’s available on the Motor Vehicle Division’s web site (www.azdot.gov/mvd).

The form, as the title implies, allows you to designate one or more individuals to whom your vehicle title is to be transferred, if you are deceased. The form instructs that it is to be “stapled to and presented with the current title, and is void if altered or erased.”

The form also contains a very helpful description of the options for designating joint title holders on a vehicle title. Although the form does not clearly say so, the description of those options is provided so that if you name two or more individuals as the beneficiaries on the form, you can choose the correct designation to indicate what you want to happen if, or when, the vehicle is later sold or one of the beneficiaries dies.

You get three choices for designating multiple beneficiaries on the form:

What, it isn’t obvious what those mean? I suppose the first two are fairly obvious, but what does “and/or” mean?

Read the descriptions carefully before you choose a designation, because that’s what will be shown on the new title for the vehicle. And don’t alter or erase on the form. If you get it wrong, get a new form and do it over. Your signature does need to be notarized, so get it right before you sign. And keep it with your title (the MVD doesn’t get it unless and until you are deceased).

The appropriate designation on the beneficiary designation form will clarify what happens to the ownership of your vehicle in the future, and can make later transfers easier.

And you can do the same thing with your house or other real estate by signing and recording a beneficiary deed. I know I have written here previously about that.

All of these methods of naming beneficiaries are useful because they allow the assets that have the beneficiary designations to be transferred directly to the beneficiaries without the need for a court proceeding to administer your estate.

Unless you make the beneficiary designation so that any one of the nieces and nephews can transfer the title (a recipe for trouble), you have to make it so that the motorhome can’t be sold unless all eight of them sign the papers, meaning that all eight of them have to agree to the terms of the sale. It will probably be better for all concerned if you say in your will that your personal representative is to sell the motorhome and distribute the proceeds eight ways.

In spite of this sensible piece of legislation, never fear, it’s still the silly season. Just check the headlines tomorrow for the latest brilliant idea being considered by the legislature. 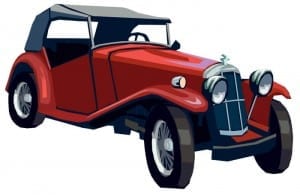